In 1997, Number 9 Merchant’s Quay was acquired under the Historic Heart of Dublin (HHOD) project, a partnership between Dublin Corporation and Dublin Civic Trust to identify and carry out restoration works on buildings of significance in the city. By that date, Number 9 was in a totally derelict condition with the original top storey missing and part of the replacement roof had caved in. The ground and first floors were squatted in for some time and had been used for shooting up. To any observer, the property was almost beyond redemption and presented a challenge to even the most experienced conservator.

Following acquisition from the Franciscan Fathers who resided in the friary next door, the building was secured from further water ingress and the task of clearing out tons of debris began. This involved sifting through the accumulated rubbish to separate out architectural salvage such as joinery and plasterwork that had become detached from their original positions.

Under the guidance of conservation architect James O’Connor, who led the project, a full condition and structural report was carried out, followed by a bill of quantities to establish the cost and logistics of piecing the house back together. A specialised team of contractors and craftspeople was assembled to undertake the work.

Opposite: The extraordinary transformation of Number 9 was achieved through the removal of inappropriate cement render and the reinstatmeent of its missing attic storey. 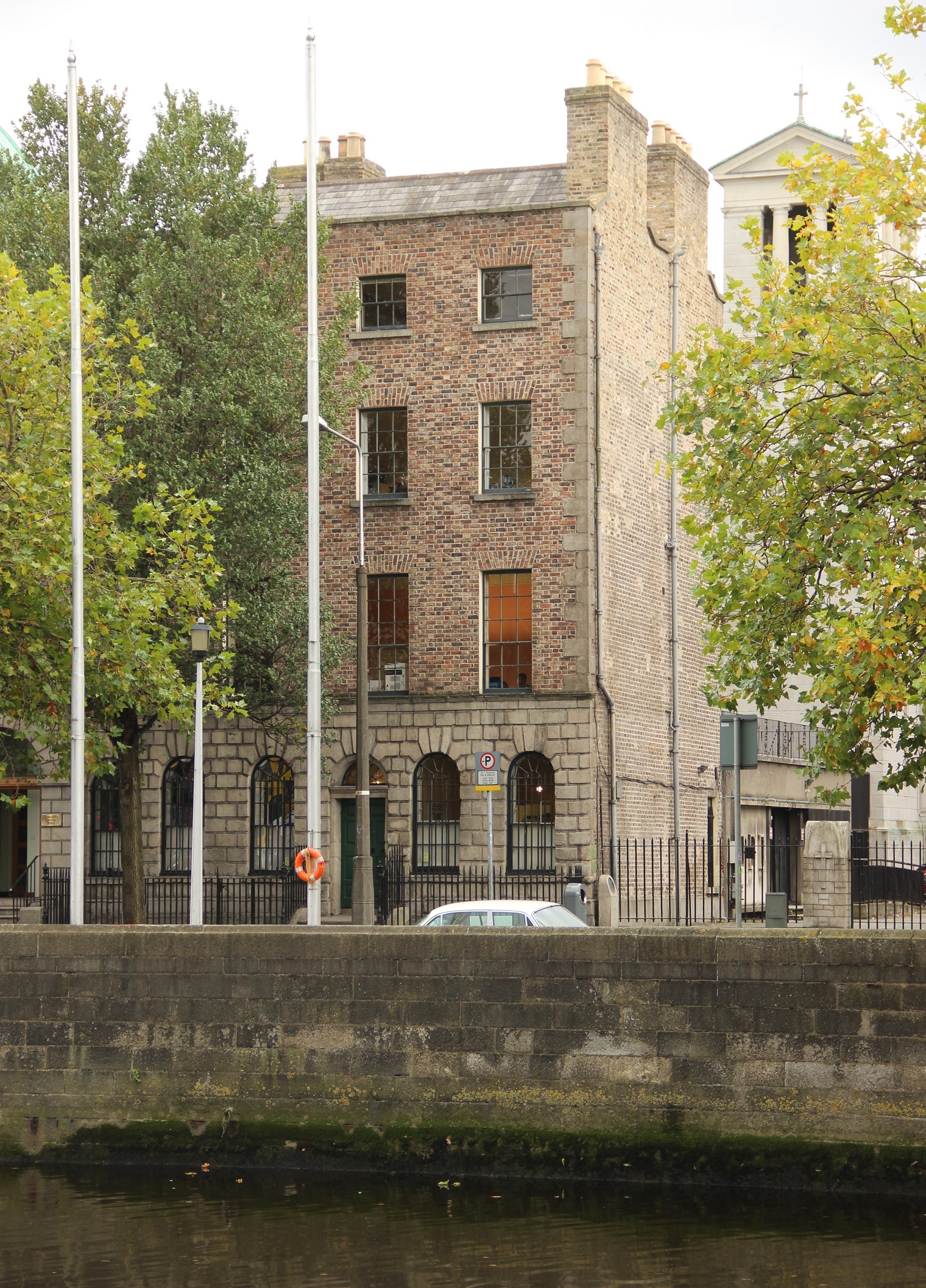 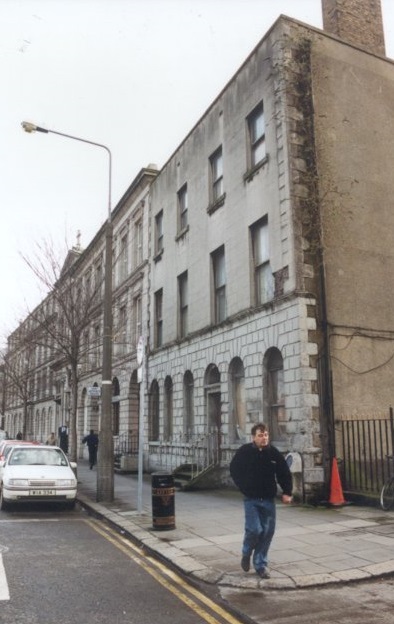 Unravelling the early foundations at basement level proved particularly fascinating, revealing a subterranean internal quay, still in workable condition, where boats originally landed at full tide to unload their provisions. This had survived from before the present quay had been built and likely dated to the 17th century, over which the 18th-century houses were built. This was protected during the refurbishment project and carefully represented as part of the basement rooms of the house.

Extensive structural work was undertaken to consolidate the main structure of the mansion, involving angle-strapping, wall tying and stabilising floor levels using double-joisting. One of the greatest challenges was reinstating the missing top storey, which had been demolished during the 20th century – probably as part of a Dangerous Buildings order in the mid-1960s. It was also at this point that the first and second floor elevations were cement rendered. After extensive research, a matching russet-toned brick was sourced for the front elevation and a yellow stock brick for the side elevation.

Opposite: The virtually seamless reinstatement of the missing attic storey and chimneys was achieved through the expert sourcing of matching yellow brick and the use of lime mortar jointing. Appropriate sash windows were remade for the front and rear elevations, including beautifully slender, nine-over-six sashes to the piano nobile. This sash arrangement is particular to large parts of Ireland and a reverse pattern of sash windows found in Britain where the small sash occupies the top of the ope. Traditional dark green was selected for the colour.

At ground floor level, surviving sashes found internally with exquisite spider-web glazing were used as a template to remake missing ground floor windows while the original models were carefully conserved, including their handblown crown and cylinder glass panes.

The original wrought-iron security grilles - some of the last surviving in Dublin on a merchant house - were also stripped and repainted. An intervention which had taken place before the refurbishment was the erection of a church hall in the former back garden during the 20th century, attached to the rear bowed rooms. Unfortunately this compromised the light and views from the rear and was one part of the house that could not be entirely returned to its original form.

Stuccodores Richard Ireland and Andrew Smith undertook meticulous repair of the neoclassical ceiling and medallions at first floor level. The guiding principle was one of maximum retention of historic fabric through securing of original work in situ. This invoplved the extensive stitching back of ceilings using the metal 'wire and washer' method, securing of weak cornices and their reinstatement wherever missing.

Floorboards and fireplaces were retained where possible and suitable matches were sourced where they had been lost. All decorative joinery was carefully stripped, spliced and redecorated.

Opposite: Extent of decorative ceiling loss at first floor level that required expert reinstatment using the surviving half as a template. The overall project was financed from the Historic Heart of Dublin (HHOD) European urban pilot project, part-administered by Dublin Civic Trust and by substantial funds provided by Dublin City Council who ultimately retained the building for administrative use.

Number 9 continues to serve as Dublin City Council offices and stands as a rare example of a restored Liffey-side merchant house that contributes to the scenic historic urban setting of the 18th-century Four Courts. First floor during lifting of floorboards for structural inspection Side elevation before with missing attic storey Boat jetty to the Liffey at basement level The challenge faced upon acquisition of the house Surviving sample of brick and lime pointing to front facade Front door prior to refurbishment